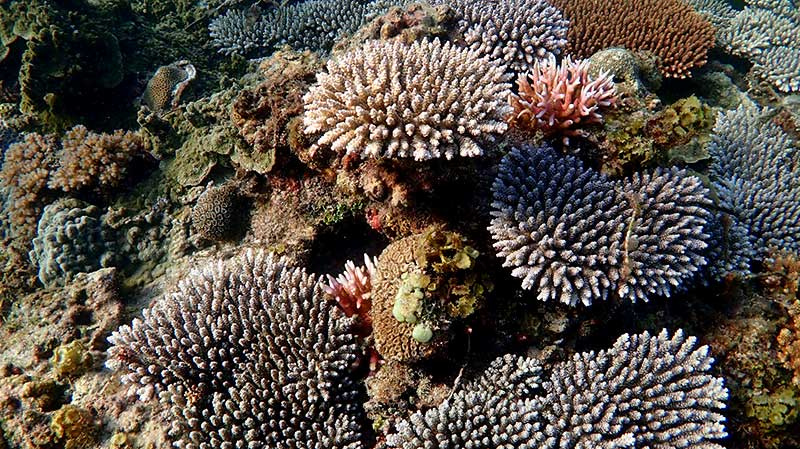 Mass larval restoration aims to enhance the rate of recovery of depleted coral populations by culturing and supplying millions of coral larvae and settling them on damaged coral reefs. This technique has been successfully developed and trialled at scales up to 2,500 square metres by Harrison and colleagues on reefs in the Philippines and on the Great Barrier Reef. It can also be applied to restore coral populations on many degraded reefs around the world. For more than 30 years Professor Peter Harrison has been researching the reproduction of foundation coral communities on reefs around the world. His co-discovery of mass coral spawning in the late 1980s was of major significance to the scientific and wider community, and changed our understanding of how and when corals reproduce. That discovery also stimulated Peter’s idea to use mass spawning events to restore damaged coral communities using millions of genetically diverse coral larvae.

Since 2013 Peter Harrison has been working with colleagues in the Philippines to re-establish coral populations on badly degraded reef systems. This work funded by the Australian Centre for International Agricultural Research (ACIAR) used mass coral larval restoration (sometimes called reseeding) to create new coral populations. The technique involves harvesting of coral eggs and sperm during mass spawning events, growing the larvae in enclosures on the reef or in culture tanks and releasing them onto dead coral areas to increase the rate of recruitment of juvenile corals. Larvae cultured after spawning in April 2013 and placed on highly degraded reef areas in northwestern Philippines were found, three years later, to be sexually reproductive and successfully spawning (Scientific Reports paper freely available online at www.nature.com/articles/s41598-017-14546-y)

That initial project with PhD student Dexter dela Cruz demonstrated how this innovative method can be used successfully to aid in coral restoration, the first in the world to do so. Unlike alternative laboratory-based restoration methods this reef-based approach can be more efficient, effective and relatively low cost at larger scales.

This innovative larval restoration method enables the coral recovery process to occur at a much faster rate than would naturally occur without intervention, and the process is rapidly evolving to encompass larger reef scales.