Flooded streets of Lismore in March 2022

Professor Bradley Eyre has been chasing floods for more than thirty years but even he was surprised at the quantity of water that devastated the town of Lismore in the recent floods.

“At the peak of the first flood, the water coming down Wilsons and Leycester Creeks would have filled an Olympic-sized swimming pool in just over a second. In total, around 250 billion litres of water came down these two creeks, which is enough to fill half of Sydney Harbour,” he said.

When extreme weather hit the Northern Rivers in February and again in March resulting in catastrophic floods, Professor Eyre jumped straight into action and was out on the flooded river, coordinating the use of the University’s research vessels to rescue stranded flood victims (and their pets). It also provided an unprecedented set of data for his current Australian Research Council (ARC) Linkage research project into the metabolism and greenhouse gas production in intermittent streams.

Out in the University’s research-turned-rescue boats, extremely high concentrations of sediment could be seen in the water flowing through the creek system at the peak of the flood. “An estimated 0.8 tonne of sediment per second was coming down Wilsons and Leyscester Creeks, which equated to an estimated 80,000 tonnes in total. Approximately 70 per cent of this sediment came through Leycester Creek which flows from the Tweed Range directly into the Wilsons River in Lismore,” he said.

According to Professor Eyre, these large floods are more likely to occur during wet La Niña years.  These may increase in the future as climate change influences the frequency, intensity and impact of La Niña events. The latest report from the Intergovernmental Panel on Climate Change (IPCC) projected a doubling of flooding associated with global warming of 2oC this century.

As a coastal biogeochemist and researcher at Southern Cross University’s Faculty of Science and Engineering, Professor Eyre has been sampling floods along the Queensland and New South Wales coasts and inland Australia for three decades. His first observations were conducted in the Richmond River, following a minor 1994 flood event.

His research has shown the catchment sediment and nutrient loads are mostly flushed out of the Richmond River Estuary during small and moderate sized floods. His work has also shown that landscape changes in the lower catchment, from wetlands to land uses with flood intolerant vegetation, causes deoxygenation in estuaries. “A comparison of deoxygenation events from 1940s to the 1990s also showed similar effects from small floods because many of the landscape changes such as draining wetlands for agriculture were made in early 1900s,” he said.

Professor Eyre is currently leading four large ARC research projects, three of which are looking at the effects of extreme events such as floods on the aquatic biogeochemistry of intermittent coastal streams, tidal wetlands and inland dryland rivers. “Our research team is investigating small coastal and tidal rivers that drain into the Richmond and Clarence Rivers. These are understudied compared to more iconic, bigger rivers. We are sampling intermittent coastal streams between Pimlico and Glenugie for stream metabolism and greenhouse gas emission,” Professor Eyre said.

“Intermittent streams run dry for part of the year, but the La Niña wet period has made it difficult to sample dry periods. The research team’s automated data loggers for dissolved oxygen and temperature captured the recent flooding that occurred across the north coast. Although the data is yet to be downloaded and analysed it should make a nice contrast to the dry periods when they return,” he said.

According to Associate Professor Joanne Oakes, a co-researcher on the ARC project, intermittent streams often see the return of flowing water after rain stimulates the processing of material that has accumulated in the streambed during low-flow and dry periods.

“More extreme flooding could see a shift from processing of in-stream material to processing of material imported from the surrounding environment. It will be intriguing to see how such changes impact metabolism and greenhouse gas production within our intermittent streams, both during the flood event and during recovery from the flood,” Professor Oakes said. 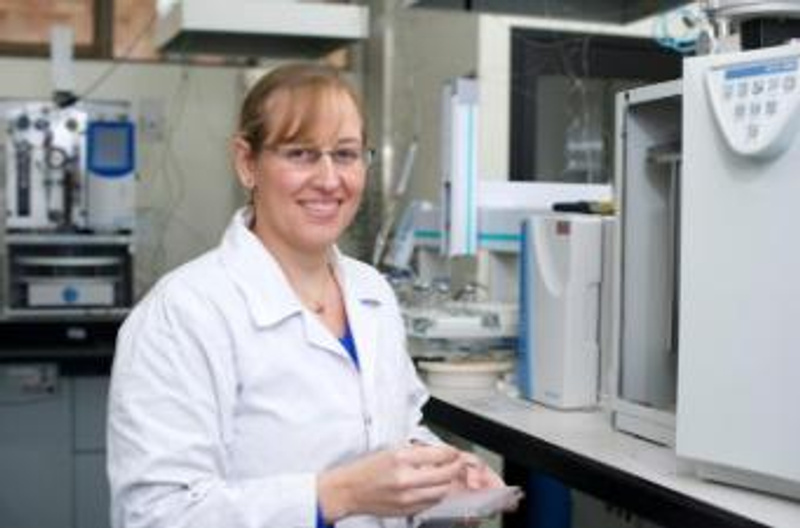 According to Southern Cross University researcher Professor Dirk Erler, wetlands are hot spots for nutrient removal and host a range of specialist bacterial communities that can treat water.

“Understanding these communities and processes allows us to potentially use wetlands for treating specific types of waste. So basically, taking natural processes and applying them for waste treatment,” he said.

Tidal wetlands, such as mangroves and salt marshes, provide essential ecosystem services, including coastal protection from storms, a nursery for fish, and support a remarkable level of biodiversity. Research Fellow and blue carbon specialist Judith Rosentreter said that an important role of tidal wetlands is that they store and sequester large quantities of atmospheric carbon in both their plant biomass and the sediments below.

“Because they are some of the most productive ecosystems on Earth, tidal wetlands have been highlighted as efficient ‘blue carbon’ sinks to mitigate climate change. But human disturbance and climate impacts such as land-use change, extreme weather events, and the release of other greenhouse gases can affect the potential of tidal wetlands to be natural carbon sinks,” Dr Rosentreter said.

The models built during this ARC Linkage project will allow the University’s researchers to look at the role of changes such as more extreme flooding and sea level rise on these ecological functions; they will also allow our industry partners to translate the research into practical outcomes to better manage coastal ecosystems.

“As well as leading these significant ARC projects, Brad and his teams have real world experience of these and other flood events in the region.  They have been involved both in the Lismore rescues and sampling after the flood events, and these experiences ensure that they are uniquely positioned to support long-term environmental recovery and resilience on the Northern Rivers,” said Professor Mary Spongberg, Deputy Vice Chancellor (Research and Academic Capability).